I am not the one to write or read scary stories — in fact, I usually avoid all sorts of horror fiction, on screen or in print. But at a recent writer’s group meeting we did a couple of exercises on the fear genre and it turned out to be quite a fun experience. Here are my two stories and bear in mind that I only had 15 minutes for each of them!

This is a nice place and I got a very good spot.  There isn’t anyone sitting on top of me — in fact, I am THE top of the entire pile.  Well, aside from a couple of other pumpkins but they really don’t count. They look shriveled and certainly cannot even begin to compete with my perfectly round shape.

I wonder what’s next. On the way here, as we bounced around in a giant truck, I overheard the others talking about what we were in for. It sounded like they really didn’t know for sure although the consensus was that the ugly ones would end up as food and the pretty ones as decoration.  Since I certainly count among the handsome lot I think I can look forward to remaining whole.  After all no one ever cuts decorative pieces.

Aha! I think this is it. My time has come. And good thing I ended up on top because this looks like a very nice family to go home with. A Mom, a Dad, and two beautiful little girls.  Maybe they’ll even decorate me as a princess. Ahhhh, a tiara would look so good on my head.

They have a nice house, I must say. I am sitting on a granite counter-top in a well-lit kitchen.  And even though it’s a very nice kitchen, they certainly won’t leave me in here. I know that because on the way into the house from the car I spotted two good looking pumpkins on the front step. But they were not as good looking as I am, of course, and that’s why I’ll probably end up in the living room by the fireplace.

But wait! What is this?

Why is the Dad coming towards me with a giant knife? And why are the girls assembling around me? Without a tiara in sight, I may add?

(2)  Our second exercise was to write a short ghost story. I quickly remembered feeling a real ghost presence in one of the palaces of St Petersburg, Russia and decided to set my story there. Again, only 15 minutes of writing:

“This is the plan,” our leader said. “You,” he pointed to me, ” go on a tour and ‘accidentally’ lose your way. You then hide in one of the former servant rooms downstairs and wait until they close up. Then you set for the Tsar’s chamber.”

“Which one is the Tsar’s chamber?” I asked.

He fixed his stare on me. “That’s why you are going on a tour, idiot.”

I knew that, of course.  But I was hoping that by asking this question I’d be considered too stupid to be the one to go in. No such luck though. It looked like I was going to be stuck after dark in one of the scariest places in St Petersburg.

During the tour I could feel something the entire time. No, it wasn’t the fear of getting caught in a possible crime of a century or the fear of screwing it up for the rest of the team. It wasn’t even the fear of rotting away in some Siberian prison. No. It was none of that. This was something different.

When we finally entered the Tsar’s chamber — the room from which I was supposed to steal a painting that would pay for a house in Maldives for each one of us — the feeling intensified. The air thickened and now even the other tourists were beginning to notice the eeriness. There was no furniture in the room yet none of us had any trouble imagining the bed on which the Tsar was bludgeoned to death at the hand of his own son. I could hear the screams of agony, the rushing footsteps of the Tsarina, the banging on the locked door, the panting of the killers.  I could hear it all.  And I wondered how in the world I’d be able to come here alone after dark.

But when the time came I did. I tip-toed from the basement all the way up the stairs to the second floor.  I was supposed to be completely alone in the building and yet I was not. There was a presence behind me, following my every step, breathing in unison with me.  I wanted to turn around but I was afraid of what I might see.  And so I continued up the stairs, down the hallway, and into the secret passage the killers used to gain access to the Tsar’s chamber.

The passage was narrow and it led me to a circular stairway that was to take me up one more floor. Wooden stairs creaked behind me as I ascended. How strange that they don’t seem to make any noise under my feet, I thought. I wondered if they creaked on that fateful night some 200+ years ago.

And then I wondered if a house in Maldives was really worth the horror I knew I was about to encounter.

The cells in our bodies already understand the power of we. They work together every day to make sure that every one of them gets 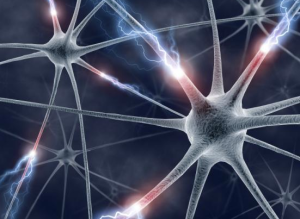 If some of our cells go rogue and decide to take over, a cancer develops. Which eventually can kill the entire organism and, thus, kill those cells.

There are about 100 trillion cells in the human body.

There are about 7 billion humans on Earth.

Surely we have it much easier — there are a lot less of us. Where do you want to start?

At a recent Writer’s Group meeting we did a small exercise. We picked the first random sentence out of a random book and spent 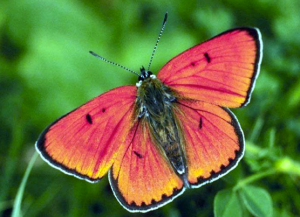 the next 15 minutes building a story from that sentence. Here is the sentence I started with:

We had about five hours to kill before we had to get into our cocoons.

And here is my story:

We had about five hours to kill before we had to get into our cocoons.  That’s how long it’d take for the temperature to increase enough for our cocoons to soften.

“Never mind,” said Billy, the fattest of all of us. “We can see what else we can munch on.”

“Didn’t we munch enough already?” Snapped Sally. “It’s all this munching that got us into this trouble in the first place.”

And she was right.  After weeks of being snuggled in our respective cocoons, one of us figured how to get out so that we can continue to eat while others were hibernating. He taught us the trick and soon enough we were escaping every morning and eating away at our surroundings. The problem — as we discovered a few days into our eating adventures — was fitting back in. As we were growing fatter, our cocoons were becoming too small for us. And so the only way to climb back in was to wait until the mid-afternoon when the heat of the day stretched the cocoon enough for us to squeeze in.

“What do you propose then?” asked Billy.

“Nothing!” She snapped again.

We sat around in silence for awhile contemplating if we ever get to turn into butterflies with all the rules we’ve been breaking. All of us desperately wanted to and we fantasized endlessly about the colors of our future wings. But we didn’t want to follow the same path as others. We wanted it to be different.